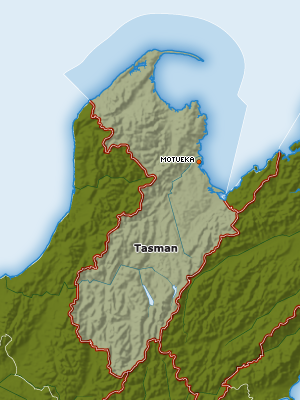 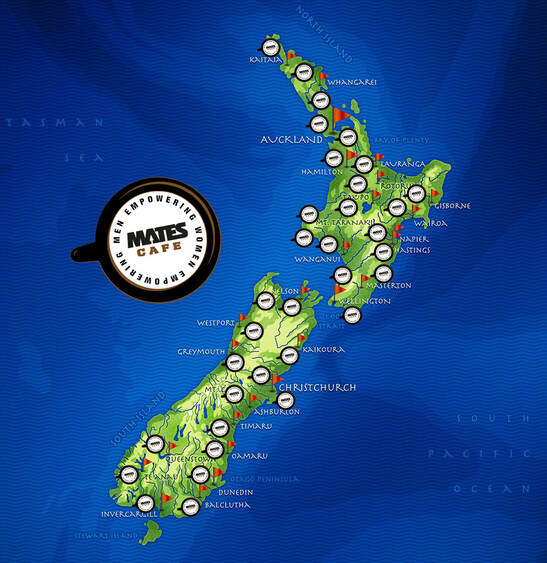 This provider offers a national helpline service. Approved Family Violence Provider Get Safe (Motueka) Inc. Last updated 27/02/2013 Get Safe Motueka provides counselling, education programmes and support for women and men affected by domestic violence either as victims or perpetrators. We aim to enable the creation of safe and respectful relationships by providing support for ...

Number of dwellings countedDwellings in Tasman Region and New Zealand, 2006 Census Dwelling status       Region/City/District New Zealand
Note: This data has been randomly rounded to protect confidentiality. Individual figures may not add up to totals, and values for the same data may vary in different text, tables and graphs.

The Tasman Region is both a region and a district of New Zealand. It borders with the West Coast Region, Marlborough Region and the Nelson Region. It is both a region and a unitary authority, and the District Council sits at Richmond, with Community Boards serving outlying communities in Motueka and Golden Bay. Though the city of Nelson forms its own unitary region separate from the Tasman Region, the Tasman Region and Nelson are often grouped together by the public under a looser definition of the term "Tasman".
Geography Tasman District is a large area at the top western side of the South Island of New Zealand. It covers 9,786 square kilometres and is bounded to the west by the Matiri Ranges, Tasman Mountains and the Tasman Sea. To the north Tasman and Golden Bays form its seaward edge, and the eastern boundary extends to the edge of Nelson city, and includes part of the Spencer Mountains and the Saint Arnaud and Richmond Ranges. The Victoria Ranges form Tasman's southern boundary and the district's highest point is Mount Franklin, at 2,340 metres.

The landscape is diverse, from large mountainous areas to valleys and plains, and is sliced by such major rivers as the Buller River, Motueka, Aorere, Takaka and Wairoa River. The limestone-rich area around Mount Owen and Mount Arthur is notable for its extensive cave networks, among them New Zealand's deepest caves at Ellis Basin and Nettlebed. There is lush bush and bird life, golden beaches, the unique 40 kilometre sands of Farewell Spit, and boundless fishing in the bays and rivers. These assets make the district irresistible to tourists and precious to those who live there.

Economy The sub-national GDP of the Tasman and Nelson regions was estimated at US$2.343 billion in 2003, 2% of New Zealand's national GDP.[2]

Name Tasman Bay, the largest indentation in the north coast of the South Island, was named after Abel Tasman, the first reported European discoverer of New Zealand. It passed the name on to the adjoining district formed in 1989 largely from the merger of Waimea and Golden Bay counties.

History Swing bridge at Buller River According to tradition, the Māori waka Uruao, brought ancestors of the Waitaha people to Tasman in the 12th Century. Archaeological evidence suggests the first Māori settlers explored the region thoroughly, settling mainly along the coast where there was ample food.

The succession of tribes into the area suggests considerable warfare interrupted their lives. Around 1828, Ngati Toa under Te Rauparaha and the allied northern tribes of Ngati Rarua and Ngati Tama, started their invasion of the South Island. They took over much of the area from Farewell Spit to the Wairau River.

The first immigrant ships from England arrived in 1842 and the European settlement of the region began under the leadership of Captain Arthur Wakefield.

In the 1850s, agriculture and pastoral farming started and villages were established on the Waimea Plains and Motueka. In 1856, the discovery of gold near Collingwood sparked New Zealand's first gold rush. Significant reserves of iron ore were located at Onekaka and an iron works operated here during the 1920s and 1930s.

Fruit growing started at the end of the 19th Century. By 1945, it was making a significant contribution to the local economy and that importance continues today.

Most of Tasman's urban population lives in the Richmond Ward (10,851). It has the district's fastest growth rate, particularly in North Richmond where the population has grown by 23% since 1996.[citation needed]

The second largest area of growth is in the Waimea/Moutere Ward. Mapua has posted the highest growth - 27.4% between 1996 and 2001.[citation needed]

Although Tasman has recorded strong growth, the region has a low population density. As at March 2001, there were an estimated 4.3 people per square kilometre. This is mainly due to the lack of large urban areas and 58% of the area constituting lands covered by national parks.

People of European ancestry make up 82.7% of the Tasman population, significantly higher than the 67.6% for New Zealand overall.[3]