NOTE: If you either need a MATE or wish to become a MATE, please click on the buttons above respectively.
All other enquiries please go to "Contact Us" or "Refer Someone" (under the contact tab)  Thank You.
MATES Cafe is here for you when you are going through crisis. We understand that we all go through challenges in life, just as you are and when we have, we have reached out to a MATE for support. MATES recognise the benefits of having someone to talk to and just being there for us. We therefore want to be there for someone else when they need a shoulder to lean on. After all, isn't that what MATES are for? 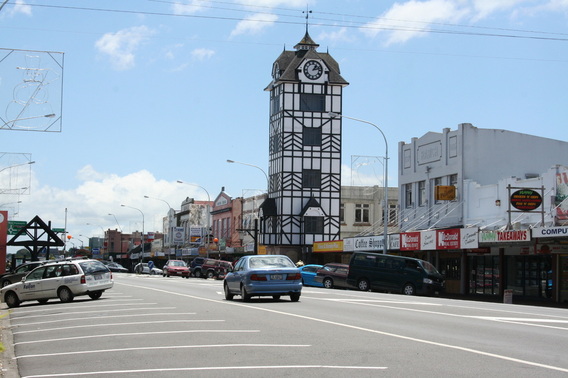 Just 14km from the Egmont National Park, the Stratford township is home to around 5500 people who are entertained daily by New Zealand’s largest Glockenspiel clock, which sees Romeo and Juliet emerge at 10am, 1pm, 3pm and 7pm daily.

One of the region’s most historic areas, Stratford District is not only the gateway to Mt Taranaki, but its largest town is also a living shrine to one of literature’s finest – William Shakespeare. Originally named Stratford-upon-Patea by early settlers, the bustling centre boasts street names taken from 27 of The Bard’s plays and enjoys a close relationship with other Stratfords around the world.


Stratford (Māori: 'Whakaahurangi') is the only town in the central Taranaki district of Stratford District, New Zealand. It lies beneath the eastern slopes of Mount Taranaki/Egmont, approximately half-way between New Plymouth and Hawera, near the geographic centre of the Taranaki region. The town has a population of 5,327, and the district 8,889. The District has a land area of 2,163.35 km², which is divided between the Manawatu-Wanganui Region (including the settlements of Whangamomona, Marco and Tahora, 31.87% of its land area) and the Taranaki Region (68.13% of its land area).

The elevation of the town centre is 312m above sea level.

Stratford is home to the headquarters of the Taranaki Regional Council.

On State Highway 43 Taumarunui is 146 km to the east. This road is known as "The Forgotten World Highway", due the scarcity of settlement along the road in contrast to its earlier history. A sign reads "No Petrol for 140 km".

Stratford railway station is the junction of the Marton-New Plymouth and Stratford - Okahukura lines.

Physical Geography Stratford's view of Mount Taranaki (facing west), with Fanthams Peak to the left of the main peak. Stratford is a service town for the many dairy farms of Taranaki. The Stratford District takes in about one quarter of the Taranaki Region, and includes four major geological features: the Taranaki volcanic cone, its associated ring plain, the Patea River catchment, and the eastern hill country.

Taranaki Volcanic Cone The south-eastern face of Mount Taranaki is in the Stratford district, the north-westernmost point of the district being the 2518 m high peak. From the peak the boundaries run almost due east and due south.

Pembroke Road winds up the mountain slope from Stratford to a carpark and lookout at "The Plateau", at 1172 m. Manganui skifield is a short hike from the carpark, across the Manganui Gorge.

On the south-eastern face of the mountain, Manaia Road gives access to Dawson Falls and the Konini Lodge, at 890 m altitude. The natural Wilkies Pools are a short hike above the lodge.

Beyond Stratford the catchment widens significantly to include a number of ancient swamps, including Ngaere and Toko, and also the Kahouri and Piakau ring plain streams. The river then takes in the expansive eastern hill country catchments of the Toko, Makuri, Mangaehu, Mangaotuku, Puniwhakau and Makahu Streams, before winding its way southwards through the hills of the South Taranaki district, to its mouth at Patea.

Eastern hill country Beyond Stratford the district extends approximately 45 km to the east, between the Waitara River to the north and the Matemateaonga Ranges to the south, with the Whanganui River and Heao Stream constituting much of the district's eastern boundary. This area is dominated by steep sandstone, greywacke and mudstone hills and winding valleys. Much of the steep and isolated hill country is in native or exotic forestry. The remainder of the district is in sheep and/or beef pastoral farming.

Much of the eastern hill country falls within the catchment of the Patea River and its tributaries. However, to the north the district takes in Waitara River and its tributaries, including the Makara, Makino, Matau, Mangapapa and Mangaowata catchments. At its northernmost point the district also includes the Mt Damper Stream and its associated swamp and falls, which feed into the Tongaporutu River.

In the east the district takes in the Whangamomona River catchment, and also most of the Tangarakau River catchment, both of which feed into the Whanganui River. This area is separated from the west by the densely forested Whangamomona Saddle, making it an isolated and distinctive part of the district, and the area once had its own county council.

To the south-east the district also takes in the upper reaches of the Waitotara River catchment, within the Matemateaonga Ranges and the Waitotara Conservation Area.

Surrounding Settlements Stratford is surrounded by a number of small villages and settlements. To the north on State Highway 3 are Midhirst and beyond that Waipuku, and to the south is the locality of Ngaere. Cardiff, Mahoe, Rowan and Pembroke are beneath the mountain to the west, and Wharehuia, Tuna, Te Popo and Kupe are to the north-east.

To the east, along State Highway 43 and the Stratford-Okahukura railway, lie settlements that in their heyday were bustling villages. Toko and the renowned Whangamomona have retained their character as villages, while the settlements of Douglas, Strathmore, Huiakama, Te Wera, Pohokura, Marco, Kohuratahi and Tahora now consist of no more than a few houses. Along roads off State Highway 3 are a number of other settlements, some of which were also once bustling villages. Huiroa, Kiore, Matau and Mt. Damper are to the north and west of the highway, and Huinga, Tututawa, Puniwhakau, Makahu, Aotuhia and Tangarakau are to the south and east.

Population Stratford is a rural service centre, serving the agricultural economy of its wider hinterland.

After a period of decline, the last five years have seen significant economic growth and some associated population growth in the town. In the 2006 census the district population was 8889,[1] with 5327 in the township[2] and 3562 in the surrounding rural area. This was the first time that the town had recorded population growth since the 1991 census.

Economy The Egmont Ring Plain provides steady contours and fertile volcanic soils which, together with the high level of rainfall, make for some of the best dairy country in New Zealand. The district is predominantly dairying (57,300 dairy cattle), while the rolling to steep eastern hill country supports dry stock farming and forestry (42,000 beef cattle; 281,300 sheep).

The energy and tourism industries are both of growing significance to the Stratford District. The Stratford Power Station is located 3 km east of the town.

History & Culture Whakaahurangi The Māori name for Stratford is Whakaahurangi, meaning face to the sky. The name is taken from a story of a Patea chieftainess named Ruapu-tahanga who, returning from a visit to Kawhia, camped overnight near the location of the current town. Being a clear night, Ruaputahanga lay contemplating the stars when slumber overtook her. Withdrawing in respect, her followers observed that their chieftainess slept “with her face to the sky”. The site continued to be used as a camping place for Māori along what became known as the Whakaahurangi track, linking the south Taranaki tribes to those in north Taranaki, and further north to Kawhia. Each traveling party would recollect the story of Ruapu-tahanga sleeping with her face to the sky.[3] The name is fitting, given the exposure of the area to a broad horizon on the face of the mountain’s ring plain.

Surveying There is no record of Māori settlement in the vicinity of Stratford. Before British settlement the area was covered in dense forest and swamp. The Vogel schemes of the 1870s provided the necessary impetus to lead to the construction of a railway line south of New Plymouth, and the creation of road access at the same time, to open up access to the rich soils under the mountain.

In 1876, Taranaki Waste Lands Board assistant surveyor Edwin Stanley Brookes, Jnr. cut a meridian line from Waitara to the site of Stratford, and oversaw the subdivision of a block between the Manganui River and the Patea River. The surveying of a new site for a town on the banks of the Patea River was authorised on 11 June 1877, and the northern half of the town (above the Patea River) was laid out by William Skinner in July. More lots were laid out by Peter Cheal in 1879, and in 1880 Skinner was directed to survey the southern half of the town.

Naming Stratford clock tower "glockenspiel" On 3 December 1877, the name Stratford-upon-Patea was adopted, on the motion of William Crompton of the Taranaki Waste Lands Board. The supposed similarity of the Patea River to the River Avon in England led to the adoption of this name, and Crompton was known to have a literary turn of mind. There was a trend at the time to name towns after the birthplace of prominent British men. The William Shakespeare 'connection' led to the naming of 67 streets after Shakespearian characters from 27 of his plays.

Today New Zealand's only glockenspiel clock tower plays the balcony scene from Romeo and Juliet three times a day. The spoken words are provided via external loudspeakers - there is no carillon (multiple bells) as would be more typical for glockenspiels in towers.