Uncover the potential of your relationships at home, at work and in the community to manifest the life of your dreams.

Gain leadership skills and qualities, uncover those you already have and help others on their path to empower your community.

Supportive environment to empower open communication with each other and our children, to help bring our Kiwi communities closer together.

Level up your life!

Empower your life through visual mood, statics and note-taking function. Record your archievements and journey toward self-mastery.

Reward and progress tracking system to develop self-confidence, communication and relationship skills through our 7 minutes to life mastery programme. 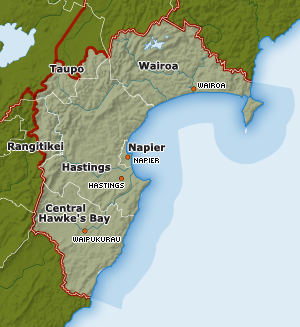 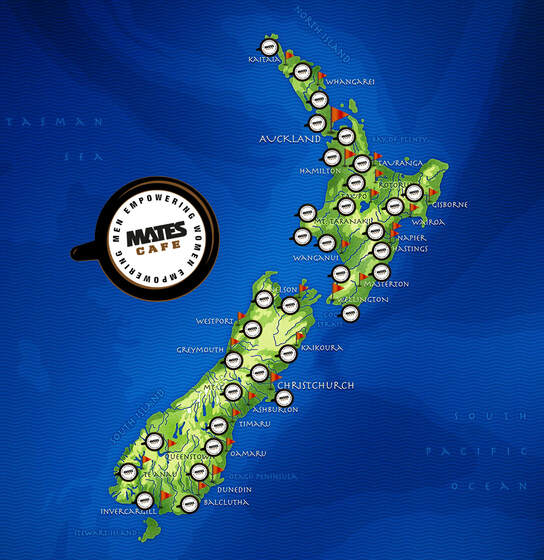 MATES Cafe is here for you when you are going through crisis. We understand that we all go through challenges in life, just as you are and when we have, we have reached out to a MATE for support. MATES recognise the benefits of having someone to talk to and just being there for us. We therefore want to be there for someone else when they need a shoulder to lean on. After all, isn't that what MATES are for?

NOTE: If you either need a MATE or wish to become a MATE, please click on the buttons above respectively.
All other enquiries please go to "Contact Us" or "Refer Someone" (under the contact tab)  Thank You.

Number of dwellings countedDwellings in Hawke's Bay Region and New Zealand, 2006 Census Dwelling status       Region/City/District New Zealand
Note: This data has been randomly rounded to protect confidentiality. Individual figures may not add up to totals, and values for the same data may vary in different text, tables and graphs.

Hawke's Bay (Māori: Heretaunga) is a region of New Zealand. Hawke's Bay is recognised on the world stage for its award-winning wines. The regional council sits in both the cities of Napier and Hastings.
The region is situated on the east coast of the North Island. The region bears the former name of what is now Hawke Bay, a large semi-circular bay which extends for 100 kilometres from northeast to southwest from Mahia Peninsula to Cape Kidnappers.

The Hawke's Bay region includes the hilly coastal land around the northern and central bay, the floodplains of the Wairoa River in the north, the wide fertile Heretaunga Plains around Hastings in the south, and a hilly interior stretching up into the Kaweka and Ruahine Ranges.

The region's boundaries vary somewhat from the former provincial boundaries of Hawke's Bay, and some towns in the Manawatu-Wanganui Region to the southwest, such as Dannevirke and Woodville have a historical association with Hawke's Bay.[citation needed]

The region consists of Wairoa District, Hastings District, Napier City, and Central Hawke's Bay District, as well as the town of Taharua in Taupo District and the town of Ngamatea in Rangitikei District.

One trivial fact is that the region has a hill with the longest place name in New Zealand, and the longest in the world according to the 2009 Guinness Book of Records. Taumata­whakatangihanga­koauau­o­tamatea­turi­pukakapiki­maunga­horo­nuku­pokai­whenua­kitanatahu is an unremarkable hill in southern Hawke's Bay, not far from Waipukurau.

Economy The sub-national GDP of the Hawke's Bay region was estimated at US$4.3 billion in 2003, 3% of New Zealand's national GDP.[2]

History Hawke's Bay Province was founded in 1858 as a province of New Zealand, after being separated from the Wellington Province following a meeting in Napier in February 1858. The Province was abolished in 1876 along with all other provinces in New Zealand. It was replaced with a Provincial District.

On February 3, 1931, Napier and Hastings were devastated following New Zealand's worst natural disaster. An earthquake measuring 7.9 on the Richter Scale killed 256 people. Napier began re-building and now the city is world famous for its Art Deco buildings and celebrates its heritage each February with the Art Deco Weekend. An exhibition on the earthquake, its causes and impact, at the Hawke's Bay Museum and Art Gallery is a popular destination for visitors from around the world.

Population A map showing population density in the Hawke's Bay Region at the 2006 census. The region's population is 155,300 from the June 2011 estimate.[1] Of these, 57,800 lived in Napier district and 74,300 lived in the Hastings district. The main urban areas are Napier and Hastings. Smaller communities include Wairoa, Taradale, Havelock North, Tikokino, Waipawa, Waipukurau, and Takapau. The region has a significant Māori population (24% of the total population at the 2006 census). A major local Māori tribe is Ngāti Kahungunu.

Climate and agriculture A Hawke's Bay vineyard in autumn. Maraetotara Falls, Hawkes Bay region. Hawke's Bay's long, hot summers and cool winters offer the best weather for growing grapes. The climate is dry and temperate. Hawke's Bay is renowned for its horticulture with large orchards and vineyards on the plains. In the hilly parts of the region sheep and cattle farming predominates, with forestry blocks in the roughest areas.

Culture The region is served by a variety of radio stations including Classic Hits 89.5, More FM, access station Radio Kidnappers and local station Bay FM. As well, most of the national commercial and non-commercial operators have transmitters covering the region. Hawke's Bay also has its own TV station, TVHB, which provides a mix of news and information programmes hosted by local personalities.

Hawke's Bay produces some of New Zealand's finest wines and once a year Harvest Hawke's Bay celebrates the fact by offering a three day wine and food festival. This event attracts many thousands.[citation needed]

Napier is home to the annual Mission Concert held early each year. The event held at the Mission Estate Winery in Taradale has attracted big names over the year's including Kenny Rogers, Shirley Bassey, Rod Stewart, The B-52's, Belinda Carlisle, Ray Charles, and Eric Clapton. Each concert is attended by around 25,000 people. The 2009 concert attraction was to be Lionel Richie, but the concert was cancelled because of rain.

Sport As throughout New Zealand, rugby union is the most popular sport. The Hawke's Bay Magpies play in New Zealand's annual professional domestic rugby union competition, the ITM Cup. The team represents the Hawke's Bay region in provincial representative rugby, and draws its players from the constituent clubs who are affiliated to the provincial union. The team play their home matches in McLean Park in Napier. Players representing Hawke's Bay are also eligible to play for the Hurricanes franchise in the annual transnational Super Rugby competition. Hawke's Bay has produced a number of notable All Blacks, including Cyril Brownlie, Maurice Brownlie, Mark Donaldson, and more recently, Bryn Evans, Greg Somerville, and current All Blacks Israel Dagg and Zac Guildford. The Hawke's Bay Hawks compete in New Zealand's National Basketball League.

Wine Inside a Hawke's Bay winery Missionaries in the mid 19th century planted the first vines. Hawke's Bay and it is now becoming an important place for full bodied red wines.[3] As of January 2010, there is an estimated 74 wineries located across Hawke's Bay.[4]