​Depression is a state of gloom, sadness and lethargy that lasts for more than just a few days. It is more than just ‘the blues’.
Anxiety brings on a combination of feelings. You may experience fear, nervousness, restlessness and/or apprehensiveness.
​Stress is a state of emotional strain often brought on by overwork, emotional pressures, or a host of physiological or psychological factors.

​Depression affects your thoughts, feelings, behavior and mood and as a result your physical health too. If it is left untreated it can destroy your life. This is unfortunately all too common as many people either do not recognize their illness, or feel unable to seek help and therefore try to deal with it alone.
​ 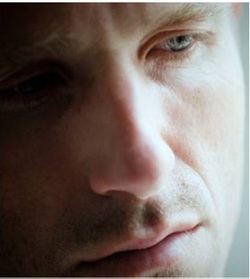 Adjustment disorders – resulting from a death, life change or similar event, with feelings of tenseness, sadness, or overwhelming anger.

Seasonal affective disorder – a pattern of depression that is related to changes in the seasons and the consequent lack of sunlight. It may cause headaches, irritability and a lack of energy.


​The Elderly
Depression can affect the elderly as well as the young. Older people tend to hide low feelings more, not realising that biological changes may account for their depressive state.

Brain-images show us that areas of the brain responsible for mood regulation and thought may fail to work properly if brain chemicals and neurotransmitters are out of balance.

Chronic illness, emotional factors, e.g. the death of a friend or partner, changes in living circumstances and changing fitness levels all contribute to states of depression in older people.

Anxiety Disorder - There is a big difference between anxiety and ‘anxiety disorder’. It is normal to have feelings of anxiety or worry at various times in your life. It is part of your ‘fight or flight’ response that keeps you from danger and helps in decision making. If these feelings grow and interfere with your daily life however, where your mind has trouble distinguishing between the normal anxiety of life and an irrational fear, you may be suffering from anxiety disorder.

Types of Anxiety Disorder include:
Like anxiety, stress is a normal physical response to danger. It is this reaction that helps us make decisions and react quickly in circumstances needing attention. Your body releases cortisol and adrenaline hormones to help you do this as part of your "fight or flight" response.
Problems dealing with stress however are increasingly common in modern lives. Troublesome stress is when the body has difficulty distinguishing between the normal physiological occurrence and a lingering irrational reaction causing an overload of chemicals and hormones. It is important to differentiate between these.

Examples of common stress triggers include:
Excess stress has been proven to raise your cholesterol levels! It can also cause increased nerve growth factor (NGF) release, which inhibits the activity of disease-fighting cells, leading to chronic illness.

Statistics
Causes of Anxiety and Depression Many years ago, when food was wholesome and home grown, you would have been able to get all essential nutrients from your diet. Now however soils are depleted, over-farming and over-processed foods are commonplace and those nutrients are no longer readily available. Toxic pesticides and hormones are widely used, stripping your food of nutrient content. On top of this there are many digestive complaints, as a result of modern living, that did not exist many years ago. This has decreased the ability to even absorb the nutrients you can get even further, it has increased inflammation, and decreased pre- and probiotic activity, which keep the digestive system healthy.

Modern diet contains much more processed foods which are difficult to digest. The result of all of this is a digestive system that is struggling to provide all your other systems with adequate health or activity. Many people suffer massive deficiencies as a result of this, and incidences of depression and similar states have risen dramatically as a result.

Genetic inheritance and/or vulnerability, environmental factors and physical illnesses are also common triggers of an imbalance in brain chemicals that lead to depression (imbalances can occur in serotonin, norepinephrine and dopamine neurotransmitters).

Medications, such as those used in the treatment of high blood pressure, sleeping pills, alcohol, nicotine and mood-altering drugs are all big contributing factors.

In the elderly heart problems, low thyroid activity, a general increase in prescription medications like beta-blockers and heart drugs (digoxin, steroids and sedatives) can all trigger depression.

Certain personality traits showing low self-esteem and dependency are also prone to stress and anxiety, and illnesses such as heart disease, strokes, diabetes, cancer and Alzheimer's disease all put you at a higher risk of developing depressive conditions.
A major factor in many cases of depression is the lack of 'active' serotonin. This is often due to a deficiency of methylating agents such as SAMe in the body. If serotonin is not methylated it becomes inactive thus leading to a state of depression.
​
​Conventional Treatments for Depression, Stress and Anxiety Selective serotonin reuptake inhibitors (SSRIs)
These depression treatments work by increasing the availability of the neurotransmitter serotonin in your brain.
Drugs similar to SSRIs include Serotonin and Norepinephrine Reuptake Inhibitors (SNRIs):
Side effects of SSRIs include nausea, dizziness, or dry mouth, sexual-function side effects, impotence and menstrual changes.

Tricyclic and tetracyclic antidepressants
These treatments for depression work by inhibiting the reuptake of noradrenaline and serotonin.

Side effects of these depression treatments include difficulty getting to sleep, dizziness, lightheadedness and fainting, dry mouth, blurred vision and appetite changes, high blood pressure and changes in heart rate and rhythm, muscle twitching and feelings of restlessness, loss of sexual desire or ability, weight gain, negative interactions with other medications.

Lithium and mood-stabilizing medications
Side effects include nausea, vomiting and diarrhea, trembling, increased thirst and need to urinate, weight gain, drowsiness, a metallic taste in the mouth, abnormalities of kidney function and abnormalities in thyroid function. These drugs may also increase the risk of diabetes, obesity and high blood pressure.

Benzodiazepines
These anti anxiety medications are prescribed to control physical symptoms such as shaking, palpitations and breathlessness. They try to make you less worried and more relaxed. Side effects include sleepiness, memory problems and dizziness.

Venlafaxime is another type of anti-depressant treatment that can help anxiety if an SSRI does not improve your symptoms. Side effects include nausea, diarrhoea and sexual problems. You will have your blood pressure monitored with this drug.

Natural Treatments for Depression, Stress and Anxiety There are a number of specific natural nutrients that have been discovered that may help with the treatment of depression, stress and anxiety. Some of them play a relatively small role but an important one nonetheless, but need to be combined with other co-factors and nutrients to bring out their true potential.

The most potent 'stand alone' ingredient in SAMe which is even more natural than a herbal extract as it is present in every cell in our bodies...but often there is a deficiency which contributes greatly to feelings of depression.

The key nutrients are:
5 -HTP
(5-Hydroxytryptophan)
Produced from the African plant Griffonia simplicifolia. It significantly improves sleep disorders, anxiety and depression, comparable to conventional anti-depressants. 5-HTP receptors are found in high density in various brain regions and are responsible for many physiological and behavioural functions.

SAMe
(S-Adenosylmethionine)
Used to reduce the symptoms of depression and improve intellectual performance. It has affects on the brain similar to conventional anti-depressants...but being a natural nutrient in the body it does not have any negative side effects. It's prime function is to methylate serotonin and to ensure it remains 'active'

Huperzine A
An alkaloid moss originating from China, used for cognitive decline and Alzheimer's disease. Research suggests that Huperzine A's ability to preserve acetylcholine (loss of which is prevalent in several brain disorders) may be greater than that of some prescription drugs, protecting brain tissue and improving memory, cognitive and behavioural functions.

Vinpocentine
A natural constituent found in the leaves of Vinca minor (lesser periwinkle). It appears to have neuroprotective, antioxidant and other effects beneficial to brain function. Studies show possible improvement for people with memory disorders, dementia and stroke sufferers.

D-Phenylalanine
Increases attention and activity, relieves depression and increases stability against emotional stress, believed to be related to its metabolism to brain phenylethylamine.

L-Histidine
An essential amino acid involved in many metabolic processes. Studies show a significant anti-depressant effect and a reduction in the length of depression.

L-Tyrosine
An amino acid synthesized from phenylalanine. It is a precursor of thyroxine and melanin and used for the synthesis of norepinephrine, epinephrine and dopamine. Beneficial in preventing negative effects related to stress by increasing the availability of tyrosine to the brain. Used for stress, PMS and chronic fatigue syndrome.

Inositol
Effective in promoting the body's production of lecithin and required for the proper action of several brain neurotransmitters including serotonin. Beneficial in panic disorder, insomnia, depression and in treating lithium-induced side effects.

Herbal Extracts
Many herbal extracts are also used to promote mental clarity and energy. These include:
The above ingredients all have their place in the prevention and natural treatment of depression, anxiety and stress disorders. However, individually these ingredients are simply not potent enough to provide you with the nutritional, chemical and hormonal balance you need. Combined however they can be very effective...and safe.

Plus keeping the digestive system healthy so that it can process all of the above, and reduce pressure on other systems. This is just as important, in fact essential to good all-over health.

Recommended Products Xtend-Life has developed a 'state of the art' natural supplement Neuro-Natural Serenity to help people with symptoms of stress and depression. It contains all the nutrients as outlined in natural anxiety and depression treatments. Because it contains SAMe which is the most important nutrient it is enteric coated Without enteric coating the SAMe will be destroyed by stomach acids and become inactive.

Omega 3 DHA/Fish Oil is also included in this recommended protocol as it will further enhance the effectiveness of the natural supplements.

Kiwi-Klenz (formerly Digesten-K) precursors these to path the way for their ability to work optimally, and to give your body a head start in helping itself by creating a balanced and working digestive environment to 'feed' all of your natural neurological chemicals.